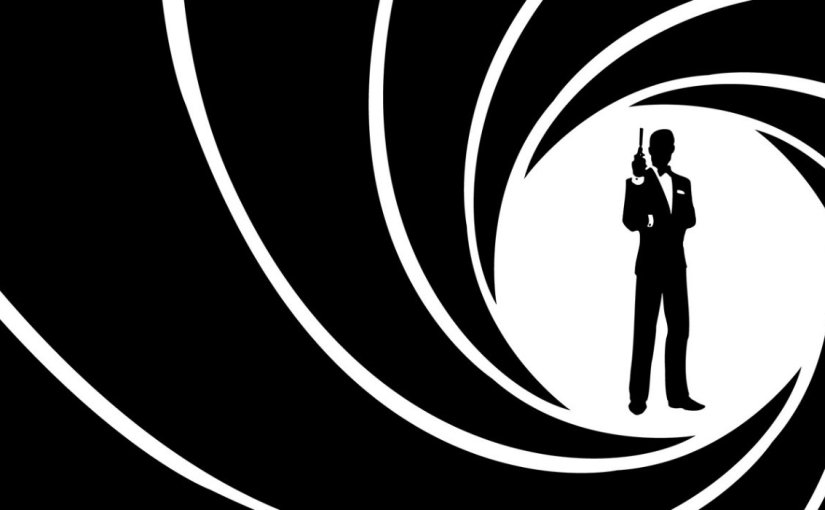 Being a big fan of The Talk Show, I’ve been following along with their (nearly) weekly chronological journey through all of the James Bond films. I’d seen most of them before, but seeing them all in order gave me a much clearer sense of the overall series arc, and has made me feel qualified to rank them. I should note that I have omitted the non-canonical productions, which include a 1954 TV episode of Climax! based on Casino Royale, a 1967 parody version of Casino Royale and 1983’s Never Say Never Again (a Thunderball remake). I’d also like to thank my wife for enduring some major James Bond overload. Without further ado, here’s my list, starting with the worst:

22) The World is Not Enough (1999)
Generally weak, and we won’t even discuss Denise Richards.

19) Tomorrow Never Dies (1997)
Jonathan Pryce is fairly entertaining, but the movie itself isn’t much to write home about.

18) Quantum of Solace (2008)
A generally decent movie, but not especially memorable.

16) Die Another Day (2002)
Pierce went out with a bang with a pretty fun movie. The horrible CGI surfing scene, however, takes it down a few notches.

15) Licence to Kill (1989)
A polarizing movie, but I enjoyed it, and was haunted by some of the Leiter torture scenes (which were lifted from the “Live and Let Die” novel). And yes, the film’s title uses the British “License” spelling, so step off.

14) A View To a Kill (1985)
Many people (including Roger Moore!) don’t like this movie, but I think it’s 80s-tastic. Christopher Walken and Grace Jones alone make it worth your time.

13) Moonraker (1979)
Much of it is actually fairly solid. Then Bond goes into space. We won’t even mention the Jaws love interest situation.

12) On Her Majesty’s Secret Service (1969)
Poor Lazenby. He’s definitely not my favorite Bond (in fact he’s my least favorite), but this is actually a pretty entertaining movie.

11) Live and Let Die (1973)
Definitely a different vibe than a lot of the other films (it was heavily influenced by the 70s blaxploitation style), but a great first movie for Roger Moore.

10) The Man With The Golden Gun (1974)
This one often gets labeled as one of the worst Bond films, but I find it to be pretty fun, though certainly over the top at times (cough, horrible flying car). I mean we’re talking about Count Dooku living on an island with Hervé Villechaize. What else do you want, people?

9) GoldenEye (1995)
An amazing way to restart the franchise after an extended time away. Super entertaining, and it also resulted in one of the best N64 games of all time.

7) Diamonds Are Forever (1971)
Some of the weirdest henchmen in the series, but great old-school Vegas action.

6) Casino Royale (2006)
The best of the modern Bond films by a large margin. Rock solid.

5) Thunderball (1965)
The cheesy jetpack along justifies this ranking, but it’s an extremely entertaining film that’s done at a much larger scale than the earlier adventures.

3) You Only Live Twice (1967)
Amazing setting, amazing lair and my favorite title song of the series.

2) Dr. No (1962)
The first Bond movie, and one of the best. I almost had this in my #1 spot. The mysterious tropical setting is fantastic, and Jack Lord easily makes the best Felix Leiter.

1) Goldfinger (1964)
The quintessential Bond movie. The golfing scene is one for the ages, and it’s so good that it can even transcend the old man version of Felix Leiter.

My takeaways having watched them all in order? I’m a huge sucker for Connery and the 60s films, the 80s is generally my least favorite stretch of the series, and in my opinion Daniel Craig actually seems closest in tone to the Bond of Ian Fleming’s novels (which I’m now starting to read in order). Here’s my ranking of the film Bonds, starting with my least favorite:

Phew. I’m sure other Bond fans will have strong opinions about this post, so I’d love to compare notes/thoughts. Here’s to Bond 23 next year!