Some stuff I’ve experienced lately (and not necessarily only new releases):

Weird: The Al Yankovic Story (Movie): Honestly everything I needed it to be

Black Adam (Movie): Had low expectations, but it was fine! (never should’ve doubted The Rock)

The Peripheral (TV): Just started this, but it’s already awesome

Interview With The Vampire (Movie): The recent show drove me to a rewatch (spoiler: the show is better by leaps and bounds)…

Queen of The Damned (Movie): …then on to this sequel, which I’d never seen (the less said about it, the better)

I Love You, You Hate Me (TV): Wherein I learned that the guy in the Barney suit was deep into Tantra

Eat the Rich: The GameStop Saga (TV): What a wild ride

Doctor Who: The Power of The Doctor (TV): Really ready for the next season (I loved Jodie Whittaker, but was generally not a fan of the Chris Chibnall era)

Every so often I post about my current social media/online presence setup. It’s been a while, and uh…💀 SOME THINGS HAVE HAPPENED 💀…so here’s where I sit as of Thanksgiving 2022, should you (for some inexplicable reason) want to 👀:

Kicked To The Curb 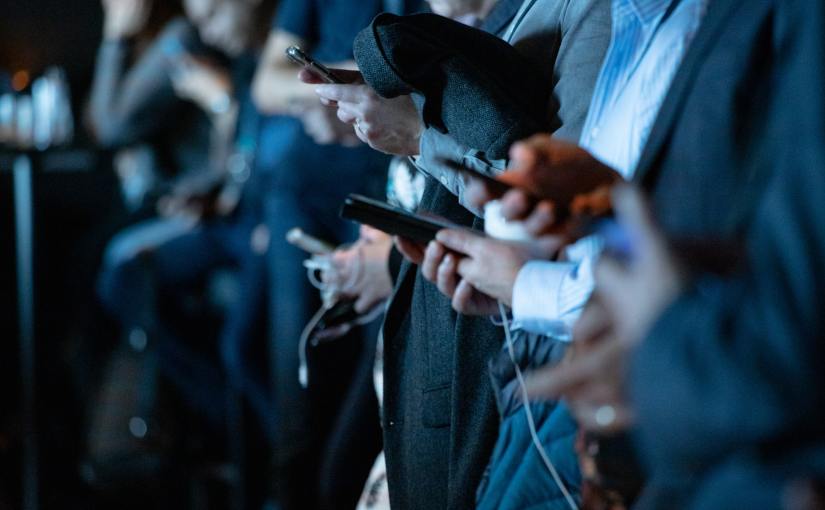 Something’s in the air, gang. Giant social media services have been getting more and more problematic for a long time now, but between Elon’s Twitter now circling the drain and Meta continuing to light piles of money on fire with one hand while desperately scrambling to copy ByteDance’s TikTok with the other, this moment in time is really feeling different.

To elaborate a bit more on this spot-on tweet:

Facebook: This is truly a rotting corpse, and a haven for the terminally incurious. If people that still attach Word docs to emails could be transformed into a social network, they’d look just like ol’ blue.

Twitter: Good night, sweet prince. You’ve always been the wild West, but your many, many problems aside, you can never be accused of having been boring.

Instagram: It’s truly become Diet Facebook, desperately scrambling to stay relevant while losing the feature bloat battle and any sense of focus. This thing is infested by MLMers, “influencers” (shudder) and people sharing screenshots of text since they don’t know where else to put them.

TikTok: CCP ties aside, it’s obviously the belle of the ball right now, but it’s in a different basket entirely as an algorithm-driven video delivery service (and bright stars never burn for long).

So where does this leave us? What comes next?

I think it’s helpful to first take a look at the past.

Fellow olds will recall the absolute powerhouse that was America Online in the early-mid ’90s. As the still-relatively-young World Wide Web grew alongside it and became the more compelling destination, AOL eventually cried “uncle” and we enjoyed a brief and lovely period in the early-’00s where independent communities and blogs began flourishing, as interested readers were able to easily follow along through RSS and other emerging ways to aggregate content, while publishers, creators and community builders operated independently on their own websites.

In the grand scheme of things, though, this was still a relatively small global audience, and (with some exceptions like Blogger) creating/maintaining content or joining an independent community on your own was still far too difficult for most people.

Starting with services like Friendster and MySpace, then skyrocketing with Facebook and Twitter, we took a massive step forward in ease of use for creators and community builders, but a massive step backwards in terms of re-centralizing. For the sake of convenience, and to attract larger audiences, we slinked right back to the AOL model, this time at a massively more epic scale.

This situation has lasted so long (more than 15 years now) that many modern Internet users have no memory of the small and glorious window of independence we glimpsed around the turn of the century. To further complicate the issue, this recent era has been twisted up with several other major societal changes, including:

So here we sit in 2022, watching some of these mighty empires crumble, and wondering where everyone will swing to next.

Is it BeReal? Spoiler: It’s super enjoyable honestly, but uh…probably not.

Discord? Also tons of traction, but obnoxious brands are already moving in, and did we learn nothing about controlling your own destiny at your own domain? Why do we keep hitting ourselves, people?

As someone that’s now lived through this cycle a few times, I propose that we’re now in a unique position to truly bring these ill-conceived Towers of Babel crashing down.

In other words, we’re at an important transition point once again in Internet history, and we should take what we’ve all learned the hard way to build the future we want and deserve. Independent content and communities at your own domain. Data you own and control. Easy to start and easy to use.