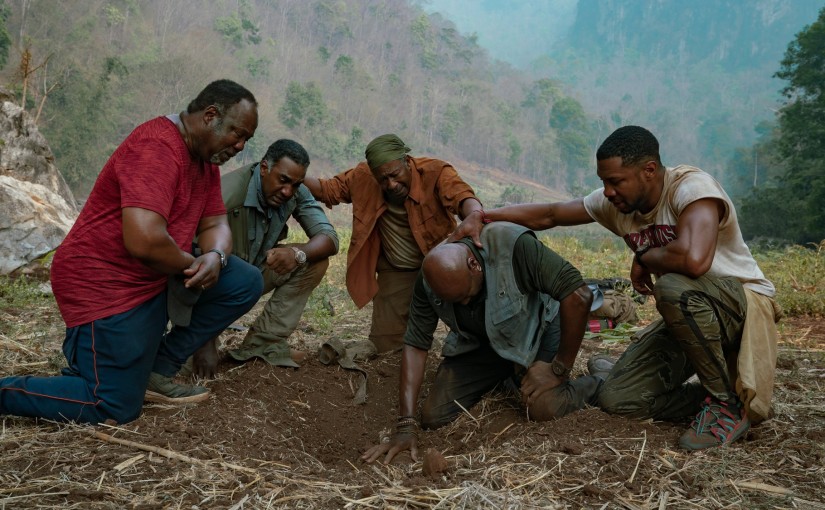 Some things I’ve experienced lately, in no particular order, and not necessarily only recent stuff:

I May Destroy You (TV): Fearless

Slow Burn: David Duke (Podcast): Still need to catch up on Season 3, but this look into Duke’s rise is gripping/horrifying

Undertaker: The Last Ride (TV): I’m a sucker for stories about old wrestlers

Blow-Up (Movie): Fascinating, still thinking about the creepiness of the park scene at night

Burn Motherfucker, Burn! (Movie): Speaking of LA, this was a compelling look at Watts and Rodney King

Shirley (Movie): I’ll watch Elisabeth Moss in pretty much anything

Quiz (TV): An interesting story, and weird to see Tom from Succession with a British accent

Lost Soul: The Doomed Journey of Richard Stanley’s Island of Dr. Moreau (Movie): Sneaking back onto your own set as a masked extra (after being fired) earns absolute baller status

60 in 6 (Quibi): Great use of the short format (by an obviously top-notch existing brand)

Bully. Coward. Victim. The Story of Roy Cohn (Movie): This guy was something else

Space Force (TV): It got pretty mediocre reviews, but I found it to be generally fine

Harold and Maude (Movie): Loved it, and went on a bit of a Hal Ashby bender as a result…

Being There (Movie): Loved this even more…

Royalties (Quibi): Just alright, but has its moments, and the accompanying music videos are pretty solid

Andre The Giant (Movie): What a legend

On The Record (Movie): Sad stories of music industry abuse

13th (Movie): Should be required viewing, especially given the events of the past month or two

AKA Jane Roe (Movie): The interesting journey of the woman at the center of Roe v. Wade

Kirby Jenner (Quibi): Also just alright, but part of my ongoing attempt to be at least peripherally aware of the various Kardashians

Spaceship Earth (Movie): A story that I’d followed a little as a kid, but never knew the extensive history behind the founding group

Wisconsin Death Trip (Movie): My kind of strange, and I think Sarah should be the compulsive window smasher woman for Halloween

Get these posts, other collected links and more emailed to you every Sunday morning: 📫 Subscribe for free!